The instant you introduce any visual element into a Ganzfeld things begin to happen. A Figure-Ground relationship appears in the frame. Figure-ground is a duality between the object placed in the frame and the balance of the image, the part that remains.

There are observations to make about figure-ground:

The most striking being that both figure and ground cannot be “seen” (brought to the fore) simultaneously. The brain only resolves one or the other at any moment. Figure and ground can be seen sequentially though, meaning the image flip-flops like a good politician. This depends on your point of focus or the brain synapses at the moment. In the figure below if you focus on the black circle, the white periphery becomes secondary and appears as ground. If you focus on the white periphery, the black circle becomes secondary and appears as ground. 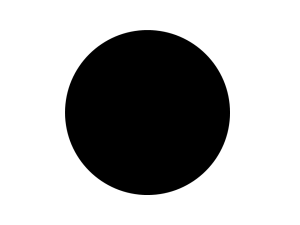 The second most striking observation about figure-ground is that they do not appear to exist on the same plane within the frame. Ground is perceived as receding into the frame while figure is seen as projecting forward. In the image above, it might appear as if there is a black hole in a white surface one moment and a black disc on top of a white surface the next. Without further visual reference, the brain cannot resolve the conflict. Again, the figure-ground relationship can change state. Color and its components will easily affect the depth relationship within a figure-ground construct.In the following illustrations the blue seems to recede into the grey while red seems to lift from its surface, even though the two colors are of the same approximate value. 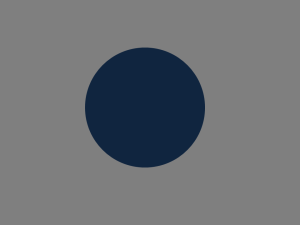 Third, we observe that figure usually occupies a smaller space within the frame than does ground. But this isn’t always true. See the two figures below. It is easier for the brain to accept the circle as ground (a hole) in the first instance than in the second. In the second, the larger circle resolves easiest as a disc (figure) on the surface of the white area (ground). 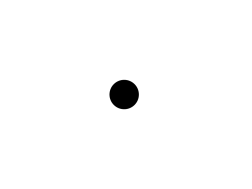 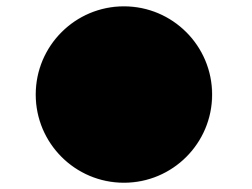 Fourth, figure is perceived as having contour, or shape, while ground is not. In a sense, ground is usually what is left over. The existence of figure-ground is subject solely on the existence of contrast and is a selective process within the brain. Both illustrations below are the same except the values of the shapes and background have been reversed. In both cases, the rectangles read as figure and the balance is ground.

Last, neither figure or ground can exist without the other. The moment something is placed into a field, it creates a figure ground construct.

Figure and ground have a direct correlation with signal to noise, and positive and negative spaces. They are simply terms sharing a similar definition within different disciplines.

Below are examples of effective figure-ground usage in graphic design. Both use the figure and the ground as parts of the design’s elements.

Figure and ground (Positive and negative space, signal to noise) can be a result of contrast from lite to dark, large to small, cool color to warm, or other contrasts. The positive and negative can conflict and may flip flop as we have already seen in boundary and selection. In the figure below, it may be questionable as to which direction the arrows point, in or out, and whether the arrows are blue or orange. 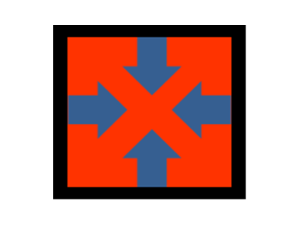 In most circumstances positive is seen as figure, and negative space as ground. For some outstanding examples of using positive and negative space in photography, one can look to the work of Andre Kettesz. In particular see the images Chez Mondrian, Mondrian’s Studio and Poughkeepsie.

Next Time:  Selection and Boundary